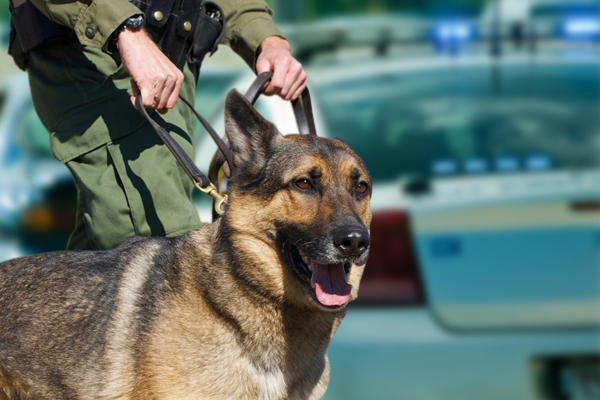 Have your rights and privacy been violated solely because of uncalled-for canine drug searches? Are you unclear of your rights in respect to a canine search of your home or car? Even for people who know their rights, the laws on drug dog searches can get a little complex. For example, did you know that a canine sniffing the exterior of your motor vehicle in NOT considered a search? The U.S. Supreme Court determined that the scent of drugs wafting from your motor vehicle is in the public space. It used to be that the police was in need of an “articulable suspicion” in order to get their canine up to your car. However, in 2005, in Illinois v. Caballes, the U.S. Supreme Court established that the police required no such articulable suspicion to call upon a police dog to your car during a traffic stop. So if the police official is writing you a ticket for broken tail light, he or she can have the drug dog right up beside the car (but not inside). If the dog signifies that it sniffs drugs, the police may then inspect your car or truck.

General misunderstandings about the laws of compliance as they relate to canine drug searches can lead to a violation of rights. For instance, the law does warrant a canine to come with a policeman on a routine traffic stop, but it is illegal for that policeman to extend the traffic stop unnecessarily while the dog searches. Moreover, if your traffic violation ticket has already been written, a policeman can not direct you to keep your automobile on the side of the road while you stand by for the drug dog to arrive.

These are just a few of the laws in play when dealing with an uncalled-for canine search. Even the drug dog in itself is typically not met with very much dependability by a judge. Because of the prevalence of cocaine and marijuana in our community, trace amounts of these drugs can be found all over, especially on paper currency. It is not unusual for a drug dog to “alert” on a vehicle only to find money.

The sad thing is, officers do not regularly observe these rules as they should, and suspects end up having their rights violated. In cases where police officials perform illegal searches, it is often possible for defendants to have proof excluded from trial. It these kinds of cases, defendants in drug cases work with an experienced lawyer to look into the police searches that led to the charges against them.